To protect our patients and staff, COVID vaccinations are required to come into the office effective 2/1/2022. Please call (505) 855-5525 to schedule an appointment, being sure to let our staff know if you are not vaccinated so that we can schedule either a telehealth visit or make the necessary accommodations to receive your injections.

Diabetes is a disease that is quickly approaching epidemic proportions nationwide and worldwide. It is a condition that involves abnormal glucose (sugar) metabolism in the body. There are different types of diabetes, the most prevalent types being Type 1 and Type 2. It is a common disease that, if not controlled, can cause other health problems over time. Heart attack, stroke, kidney disease, eye problems, dental disease, nerve damage, and foot problems are among the most common complications of uncontrolled diabetes. Decades of clinical trial data show that if you control your diabetes, you can avoid the complications!
Type 1 diabetes is most often diagnosed in children and young adults and was previously known as juvenile diabetes. With type 1, usually the body develops antibodies that attack its own pancreas, rendering it non-functioning so that it cannot produce insulin. Insulin is a hormone that the body needs to get sugar out of the bloodstream and into the muscle cells. Treatment for people who have type 1 diabetes must include the use of insulin. Considerable research in, and limited use of, different forms of transplant are underway.
Type 2 diabetes is the most common form of diabetes and is defined by the body’s resistance to the actions of insulin. The pancreas is making insulin, but since the insulin can’t work well at the site of the muscle cell, the pancreas has to over-produce insulin to get necessary effect. After time, this leads to a “burning out” of the pancreas. Treatment for Type 2 diabetes must include healthy eating and regular physical activity as its basis. Since the goal of treatment is to preserve as much pancreas function as long as possible, early addition of medications is often desirable.
Our diabetes specialist, Becky Wittenburg, has been working with the diagnosis and treatment of diabetes, as well as early detection and prevention of diabetes, for more than 15 years. If you are concerned about diabetes or detecting your potential for developing diabetes, ask your provider for more information. 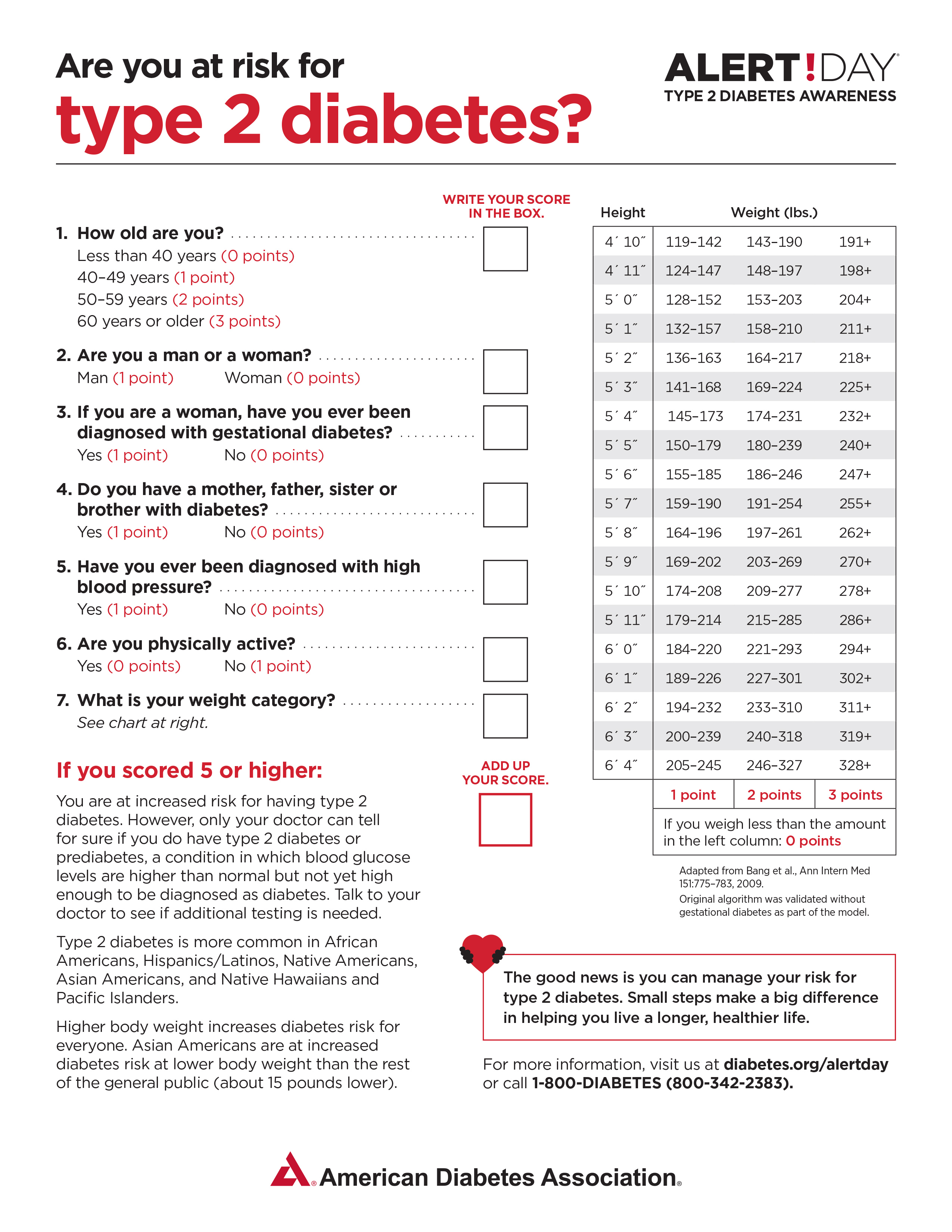